From STUCK to UNSTUCK! 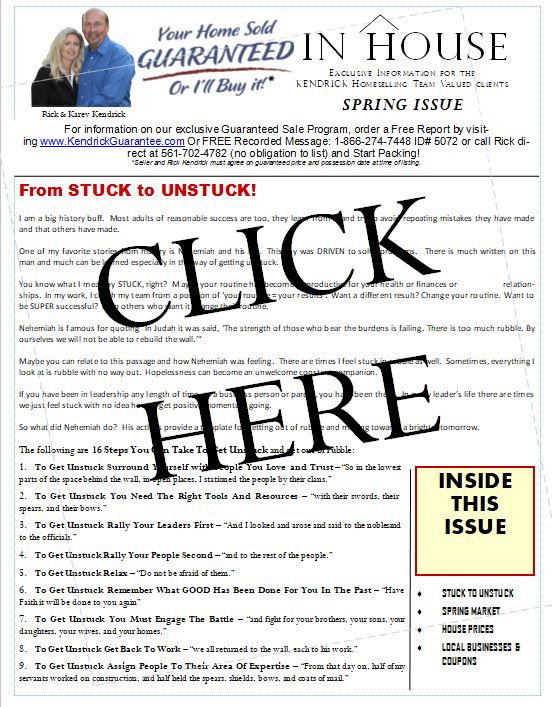 I am a big history buff.  Most adults of reasonable success are too, they learn from it and try to avoid repeating mistakes they have made and that others have made.

One of my favorite stories from history is Nehemiah and his life.  This guy was DRIVEN to solve problems.   There is much written on this man and much can be learned especially in the way of getting unstuck.

You know what I mean by STUCK, right?  Maybe your routine has become unproductive for your health or finances or                  relationships.  In my work, I coach my team from a position of ‘your routine = your results’.  Want a different result? Change your routine.  Want to be SUPER successful?  Help others who want it change their routine.

Nehemiah is famous for quoting “In Judah it was said, ‘The strength of those who bear the burdens is failing. There is too much rubble. By ourselves we will not be able to rebuild the wall.’”

Maybe you can relate to this passage and how Nehemiah was feeling.  There are times I feel stuck in rubble as well.  Sometimes, everything I look at is rubble with no way out.  Hopelessness can become an unwelcome constant companion.

If you have been in leadership any length of time, as a business person or parent, you have been there.  In every leader’s life there are times we just feel stuck with no idea how to get positive momentum going.

So what did Nehemiah do?  His actions provide a template for getting out of rubble and moving towards a brighter tomorrow.

The following are 16 Steps You Can Take To Get Unstuck and get out of rubble:

1. To Get Unstuck Surround Yourself with People You Love and Trust – “So in the lowest parts of the space behind the wall, in open places, I stationed the people by their clans.”

2. To Get Unstuck You Need The Right Tools And Resources – “with their swords, their spears, and their bows.”

3. To Get Unstuck Rally Your Leaders First – “And I looked and arose and said to the nobles and to the officials.”

4. To Get Unstuck Rally Your People Second – “and to the rest of the people.”

6. To Get Unstuck Remember What GOOD Has Been Done For You In The Past – “Have Faith it will be done to you again”

7. To Get Unstuck You Must Engage The Battle – “and fight for your brothers, your sons, your daughters, your wives, and your homes.”

8. To Get Unstuck Get Back To Work – “we all returned to the wall, each to his work.”

9. To Get Unstuck Assign People To Their Area Of Expertise – “From that day on, half of my servants worked on construction, and half held the spears, shields, bows, and coats of mail.”

10. To Get Unstuck Support Those Who Are Working Hard – “And the leaders stood behind the whole house of Judah who were building on the wall.”

11. To Get Unstuck You Must Carry A Heavier Load – “Those who carried burdens were loaded in such a way that each    labored on the work with one hand and held his weapon with the other.”

12. To Get Unstuck You Must Be Diligent – “And each of the builders had his sword strapped at his side while he built.”

13. To Get Unstuck Everyone Must Rally Together – “The work is great and widely spread, and we are separated on the wall, far from one another.  In the place where you hear the sound of the trumpet, rally to us there.”

14. To Get Unstuck Have Faith And Allow it to Work For You – “Our God will fight for us.”

15. To Get Unstuck Requires Great Time And Effort – “So we labored at the work, and half of them held the spears from the break of dawn until the stars came out. I also said to the people at that time, ‘Let every man and his servant pass the night within   Jerusalem, that they may be a guard for us by night and may labor by day.'”

16. To Get Unstuck Requires A Great Team – “So neither I nor my brothers nor my servants nor the men of the guard who   followed me, none of us took off our clothes; each kept his weapon at his right hand.”

Whether you are a parent, a CEO or teacher, you will at times feel stuck.  I believe that is part of life.  My experience has led me to a belief that the fastest way for me to get unstuck is to help others who are stuck get unstuck.   The    challenge is that when we feel stuck we often times don't feel like helping others.  But wow, how awesome is the     feeling when we do something that really benefits others… I call it ‘the catalyst to first helping our own self.’

This is the way we try to run our real estate business.  You may have seen at the bottom of our company peoples email signatures “when you put others first you will never be second”.   My hope is that this season’s Inhouse will in some way help you get unstuck from whatever may cause you to get stuck.

I want to thank Brian Dodd, author of Timeless, for contributing to this season’s article.

To continue searching, you must agree to the Terms of Use.

For the best experience, please provide your cell phone number and select accept below to opt-in to our Terms & Conditions and Privacy Policy to begin receiving text and voice communications.

or make a new notebook

Verify the value of your home,
maximize your investment and see local market activity.

We just need your phone number to finish creating your account.